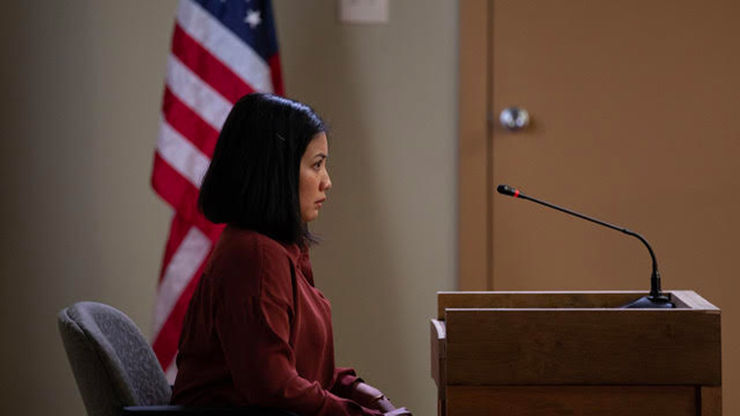 Elizabeth Keathley came to the United States to begin a hopeful chapter of her life, and start a family with her new husband. Having navigated the labyrinth of U.S. immigration law and start the process of applying for citizenship, Elizabeth set out to do everything right, following all the rules - but one mistake on one piece of paper landed her in a nightmare: deportation proceedings.

An emotionally wrenching story of one woman fighting to make sure that the country she put all her trust and faith in does not fail her, The Courtroom uses only the verbatim text of the real court transcripts of her case as the dialogue for the film. Originally created by Waterwell as a critically-acclaimed play that premiered Off-Broadway in 2019. The Courtroom offers audiences a rare front-row seat to see the inner workings of our country's immigration court system.

The Courtroom will be shown at the Tribeca Festival Virtual Screening at Sunday, June 12, 2022, 8:00 PM.